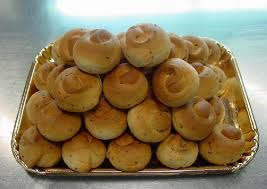 Martin Fest will take place in the small village of San Fratello on Friday 10th November, on the occasion of St. Martin’s Day. The festival will start at 7 p.m.  Good wine, local street food and typical products to celebrate St. Martin, in the company of various artists who will liven up the evening. A special occasion to know tastes and flavors of Sicily.

St. Martin’s Day is a very heart-felt celebration in Sicily, specially in the cities of the province of Messina. So it could be a nice opportunity to enjoy the day tasting local specialties and good wine.

The village of San Fratello, once was called Apollonia. It is a historic town in the province of Messina, rising on Nebrodi Mountains, about 640 meters above sea level. Its origins are ancient and seem to date back to the historic “Alunzio”. Founded by Adelaide of Monferrato who moved a Lombard community, before the landslide of 1922, it was considered a city of worship in fact it had twenty-seven sacred buildings as well as convents and monasteries. The name it has nowadays derives from the three Saints Brothers, Alfio, Cirino and Filadelfio, who were martyred under Emperor Valerio. San Fratello is also known for his dialect which has Gallo-Italic origins. The peculiarity of this dialect is that, precisely because of its Gallo-Italic origins, it completely detaches from the traditional Sicilian dialect. This particular dialect is a proof of the passage of settlers from Northern Italy in the Sicilian city. They came from Piedmont, Lombardy, Emilia, through the Norman conquerors of Sicily.