South-Eastern Sicily is a fascinating land. Low hills covered in vineyards, olive and carob groves and typical dry-stone walls: the beautiful landscape of the Hyblaean Mountains hides wonderful treasures, from centuries-old baroque cities (such as Ragusa Ibla, Modica and Noto) to stunning natural sites and enchanting kilometers-long sandy beaches – not to mention Syracuse, the ancient Greek colony with its impressive archaeological site as well as a fascinating baroque historical centre. 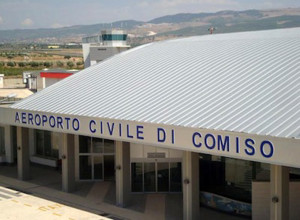 Today, reaching this charming area of Sicily is even easier: if you decided to book your stay in one of our Sicily villas in the area, you can now take advantage of the recently-opened Comiso airport “Vincenzo Magliocco”, just 5 kilometers from the town of Comiso and 20 kilometers from the beautiful Ragusa and its UNESCO-World-Heritage city centre, “Ibla”.

See also: Airports in Sicily – Which one should you choose? and When should you consider car rental in Sicily?

Previously a military base, the Comiso airport opened to commercial flights and general aviation last year on May 30, 2013, and is nowadays connected with the Italian major hubs of Milan Linate, Pisa and Rome Ciampino, as well as the European cities of Brussels (Charleroi airport), Dublin, Frankfurt (Hahn airport), Kaunas and London (Stansted airport). Operating airlines are Alitalia, Ryanair, Medavia (seasonal flights to Malta) and Transavia.com France (seasonal flights to Paris); anyway, since the airport has basically just opened, new airlines and routes are expected to be opening during 2014 and the following years. 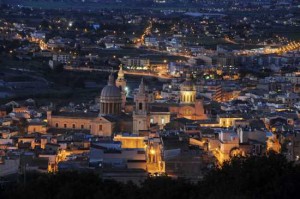 Comiso by night, image from fotografieitalia.it

Wondering how to reach the Comiso airport or how to get to your final destination in Southern Sicily? Here you are:

By car
You can rent a car in the Comiso airport through one of the agencies available on spot: GM Servizi, Morgan Service, Sicily by car – Auto Europa and Locauto. The airport can be reached through the Strada Provinciale 5, the SS 514 motorway that goes from Ragusa to Catania and the SS 115 going from Syracuse to Agrigento.

By taxi
Taxi fares from the airport of Comiso go from about €10 to reach Comiso to about €25 to reach Ragusa, from €35 to reach Modica to €80 to reach Noto and €110 to Syracuse and Catania.

Looking for more info? Check the official website of the airport: aeroportodicomiso.com/en and have a great holiday!

Airports in Sicily: which one should you choose?

How to get to Sicily