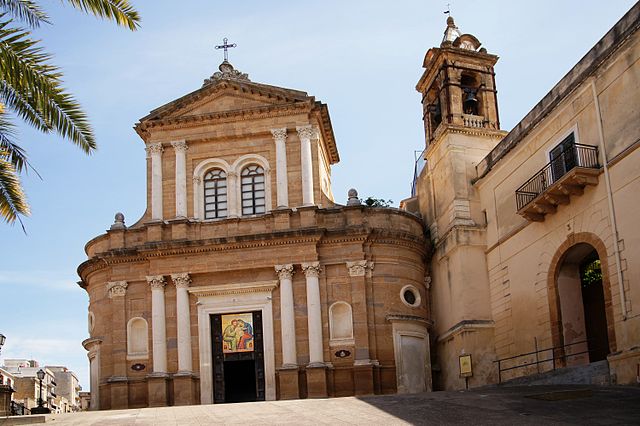 Sambuca di Sicilia, a small town of the Belice valley, has been awarded was awarded the title awarded by a popular national television program. Sambuca, then, is the third Sicilian town after Gangi (2014) and Montalbano Elicona (2015), winning the competition that every year showcases the twenty most beautiful villages, interesting and evocative of Italy, one for each region .

Sambuca is located a few kilometers from the sea of ​​Menfi, from Sciacca and from the archaeological park of Selinunte. The hamlet boasts an ancient history, which has its roots in the years of Arab dominion over the island. According to historical sources it was the Saracen emir Zabut who founded the town, building his castle on those hills.

Now there is no trace of the fortress, on its stones was built the majestic Church Madrice, then damaged by the earthquake of Belice in the 60s. The Saracen quarter kept its original look with its narrow alleys, enriched by small courtyards and purrere (underground quarries).

The new most beautiful hamlet of Italy is also famous for its churches: there are about twenty, some of which serve as a museum, where you can admire the works of the painter Gianbecchina or original textile sculptures by Sylvie Clavel. And then again historic buildings, the precious archaeological museum at Panitteri palace, the nineteenth-century theater and the remains of an ancient Roman aqueduct.

You can also visit the archaeological site of Monte Adranone, and for those who love nature it is worth making a trip to the nature reserve of Monte Genuardo or a stroll along the lake shore at the nearby Lago Arancio.

Last but not least you should try Sambuca’s food and wine. A dozen companies producing high quality wines have their vines and wineries around here. Lovers of typical delicacies should try the traditional Minne di vergine: this sweet typical of Sambuca (whose name means literally “virgin breasts”) is composed of pastry, cream, pumpkin, chocolate chips and cinnamon. The recipe dates back to 1725!

The most beautiful hamlet of Italy is in Sicily

A Sunday in the vineyards of Sambuca

Syracuse, the most hospitable city in Italy