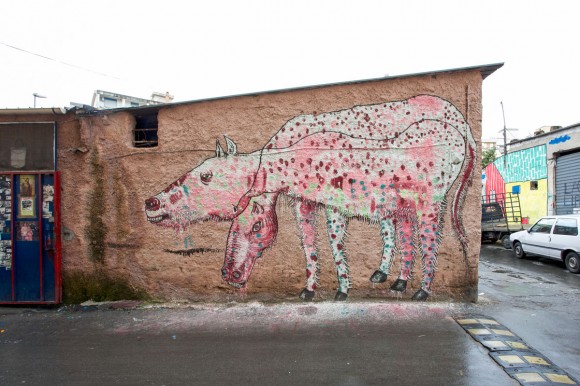 The concept of “art” in Sicily has always been bound to its ancient traditions, to historic buildings, to the architectural masterpieces of the Baroque period, and to early XX century’s Art Nouveau.

In the past few years though another kind of art has been transforming the major cities of the region: the street art, as unconventional and misfit as it would seem for a land like Sicily, is today one of the main attractions of the old towns of Palermo and Catania, as well as in a bunch of other Sicilian cities.

For Sicilians this has been a change of perspective that took time and was hard to accept. For a culture whose roots are so deep in classical history is hard to embrace graffiti and wall art. Despite all street artists can consider Sicily as their legitimate home today: recently there have been so many events, exhibitions, tours dedicated to street art all around the island!

Let us give you just a few suggestions on where to start to discover the street hearth of Sicily:

– in Palermo the association “Street art tour” and the no-profit organisation “PUSH” organize tour of Borgo Vecchio district: this is what you would call “a bad neighbourhood” that has been literally transformed by artists and by the children of the hood who helped them thank to Borgo Vecchio Factory;

– in Ragusa it will soon take place an event called FestiWall, that will bring 5 international starts of the street art to create on 5 walls of the city;

– while in Favara you can visit the FARM cultural park, a true “free zone” for street artists, created inside an old qasbah.

So what are you waiting for? You can book today your Scent Of Sicily villas in Siicly catalogue and witness its artistic revolution!

Street art: in Catania the largest mural in the world