Summer in Sicily isn’t just sun and beaches: you can travel across the island, moving from a hamlet to the next joining in country fests and enogastronomic events. This is probably the best way to feel the authentic Sicilian spirit: experience the flavours and the taste of Sicilian culinary tradition, blend in with Sicilians, eat what they eat, share their habits and traditions.

As we said there will be dozens of events you could attend all over the island, the one we want to recommend today will be held in Avola, a lovely hamlet in the Southeastern area, known all over the world for its peculiar vine variety used to create the Nero d’Avola red wine. The first day of August a series of events and festival will start, and then go on until August 15th. Every night, roaming through the alleys of the old town or around the suburbs, you’ll be drawn into celebrations and feasts such as the Swordfish country fest, where you have the chance to taste a variety of fish recipes typical of the area, and of course the freshest swordfish with traditional dressings.

During the same two weeks you may want to visit the nearby hamlet of Borgata Marina Vecchia, the old maritime suburbs of Avola. Here you can taste the most delicious tuna fish along with traditional preparations like the tuna ghiotta, made from the belly of the fish, and the bottarga, salted, cured fish roe. 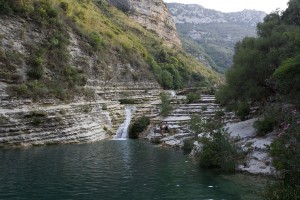 Back in Avola, in the second week of August, you can join in the Almond country fest, that takes place every year in all the towns of the Hyblean region. The event will have its main spotlight in Piazza S. Venera, where you’ll find many stands offering a variety of almond-based delicacies.

You’ll only have to drive for a few minutes to get from the town to the Cava Grande del Cassibile Nature Reserve, one of the most beautiful reserves in Sicily. Here, if you’re adventurous enough, you’ll be able to go on a hike and get to the fascinating little lakes of Cava Grande to take a swim surrounded by unspoilt nature. In the reserve area, right in the “Laghetti di Cava Grande di Avola Antica” square, a terrific fest will be organized for mid-August. The star of the show will be the wild boar of the Hyblean Mountains: you will taste its delicious meat along with a glass of Nero d’Avola.

5 restaurants to discover the soul of Sicily