In some cities of northern Italy, there is a tradition linked to the night of Saint Lucia and “gifts of Saint Lucia”: the children write a letter to Her, listing gifts they would like to receive and claiming to deserve them, having been good during the year. They put on the a plate with straw and a cup of milk on the table. The milk is for Her, the straw is for the donkey with which, according to tradition, comes with Santa Lucia. When children wake up find empty cup and plate and they discover the gifts brought by the Saint. Every region or city, however, has its customs. Saint Lucia is the protector of the eyes. Here you are the story. Lucia was  born in 3rd century. She was fatherless, belonging to a rich family of Syracuse, betrothed to a pagan. While her mother was very ill, the faith of the Lucia, the conversion and her prayers did heal her. Hence his firm decision to dedicate herself to Christ, but the suitor denounced her Christian faith. She suffered a heavy process, but she never recanted, even under threats and torture. Lucia came out unscathed from every torment until she was beheaded. It is also said that her eyes were torn, so she became the patron saint of eyesight. Belief also derived from the name Lucia, (“Born with the light”). Another reason for this belief is linked not to the name of Lucia but to the day of death: December 13 was, indeed, the darkest day of the year. 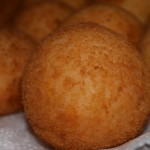 As we said you before, every town as a tradition, and in Palermo 13rd December, the day of the celebration of Saint Lucia, is also the day in which people enjoy preparing and above all eating some typical food like arancine, cuccìa and panelle. Now we tell you the reason why they use to eat these specialties, but we also tell you that you can’t miss this experience, so you can look our catalogue of Villas in Palermo to enjoy some days and try all these foods. 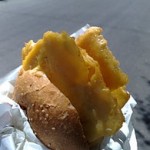 In Sicily, and especially in Palermo, on this day in which we celebrate the Virgin of Syracuse, people remember the famine that struck the city in 1646. Saint Lucia, implored and begged by Palermo, saved the population from starvation by getting a ship in the harbour load of grain. To give the announcement of the arrival of the precious cargo was a dove rested on the Episcopal throne. 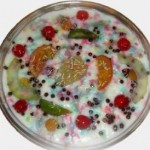 People in Palermo starving for several months, did not work the wheat to make flour, but boiled it, to feed more quickly, by adding only olive oil. They created the “cuccìa”, which in the course of time has undergone several evolutions to become the tasty dish today. From this episode the citizens of Palermo, have for centuries solemnly remembered the incident starving the whole day or without eating products containing wheat, especially bread and pasta. Alternatively they eat rice, in the form of typical arancina, legumes, as checkpea floor, in the form of panelle, and vegetables as potatoes in the form of gateaux.