Set on the Northern coastline of the island, Cefalù is by far the most famous tourist destinations of this area – and by full right: a thousand-year-old history, magnificent landmarks, a lovely sandy beach with a warm clean sea and a picturesque historical centre.

The tiny medieval hamlet is located below a towering sharp rock that forms a bold headland clinging to the sea, which has nowadays become one of the most representative symbols of the town, together with the outstanding cathedral that was built right at the foot of the rock itself. Despite its small size, this marvellous town attracts millions of tourists from all over the world every year: let’s see why.

See also: top 5 museums in Palermo and Sherbeth Festival in Cefalù: the celebration of gelato 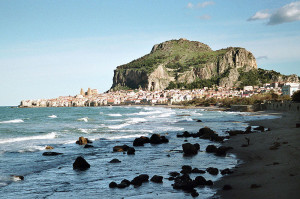 Probably founded by the Greeks (as the name suggests) as a stronghold upon the rock, it was afterwards occupied by the Byzantines and the Arabs; but it was during the Norman domination that Cefalù was actually built at the foot of the rock, where a good harbor was set and connections with the land were easier. The Norman imprinting can be perceived throughout the whole historical centre, with its narrow little winding streets surrounded by refined palaces and lovely boutiques and shops; and it was a Norman king, Roger II, who started to build the marvellous Cathedral – definitely the most beautiful and interesting landmark of the city. An outstanding example of Norman architecture, with its massive side towers and its decorated arches, it houses absolutely jaw-dropping mosaics inside – actually some of the most beautiful religious mosaics you’ll ever see, the Pantocrator, set on the apse. 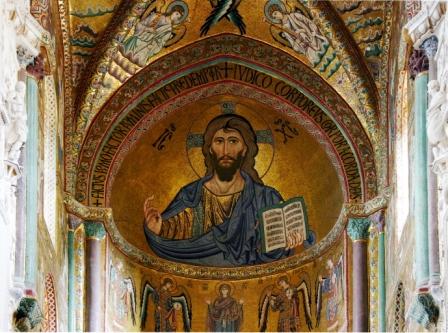 The Cathedral is set on a charming square right at the foot of the Rock, surrounded by plenty of cafés and palaces. Lots of lovely palaces can be found in the historical centre: Palazzo Atenasio Martino with its beautiful frescoes, Palazzo Maria with its ancient decorations and Palazzo Piraino from the 16th Century. Noteworthy churches include Santa Maria dell’Odigitria, Santa Oliva and San Sebastiano.

The best way to enjoy Cefalù, however, is to wander through the narrow alleys of the hamlet: plenty of treasures can be found in every corner, including the ancient medieval lavatory as well as beautiful points of observation on the rocky cliff surrounding the old town. Plenty of restaurants serve delicious local specialties, and many of them have arranged platforms on the rocky cliff: you’ll have the chance to enjoy your dinner while staring at the sunset on the sea (but make sure you book your table in advance)!

Besides the lovely beaches and the marvellous historical centre, however, Cefalù is surrounded by beautiful natural spots as well: the view from the top of the rock is amazing, and the remains of an ancient Saracenic castle can still be observed. Not far from the city centre is the Sanctuary of Gibilmanna, located on the slopes of a peak of the Madonie mountains – the whole mountain chain is easily accessible from Cefalù, and such fascinating landscapes and sights are really not to be missed.

Sherbeth Festival in Cefalù: the celebration of Gelato