There is a city that you absolutely must visit during your holiday in one of our Western Sicily villas: Palermo, the capital of Sicily, the magnificent and colorful Panormus with its ancient history and peculiar culture and cuisine, its stunning monuments and an atmosphere that can’t be found anywhere else. There is a lot to see here: a one-day excursion is definitely not enough to discover all the wonders of the city – nevertheless, its character is so strong and evident that a few hours walking through the streets of the historic centre will give you an idea of how colorful, lively and extraordinary this place is.

See also: The Catacombs of Palermo and their 8000 mummies – yes, we are recommending a visit

In this post we are talking about the best museums in Palermo: if you won’t have a lot of time to discover the city, at least you can choose among this top-quality selection, according to your preferences and tastes. 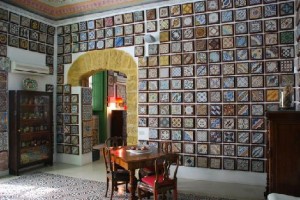 1. Stanze al Genio – House-museum
This astonishing Museum is located in Via Giuseppe Garibaldi, not far from the railway station Palermo Centrale, inside Palazzo Torre Piraino. It houses a surprisingly beautiful collection of more than 2300 examples of ancient majolica tiles, all dating back to a period between the end of the Sixteenth Century and the beginning of the Twentieth Century, most of them coming from all around Sicily and some of them from Naples. The museum also houses an exhibit of ancient writing materials, including more than 50 ink bottles from the early 20th Century, ancient glass inkpots and a beautiful collection of ancient ceramics, toys and collecting modern art too.
The museum is really worth a visit: remember that you have to book yours, by calling 340 0971561.

2. Museo internazionale delle Marionette “Antonio Pasqualino” (International museum of puppets)
This charming museum is located in the Kalsa district, the most ancient in Palermo, inside a huge 800-square-meter building, and it contains Sicilian “pupi”, puppets and figureheads from all over the world. Its library houses about 3000 books about the art of puppets and of Sicilian “pupi”, as well as about popular traditions in Sicily and plenty of scripts from the Nineteenth Century.
More than 3.500 marionettes from different Centuries and countries can be observed inside the museum, including the puppets used for the shadow play in Bali!
The museum is located in Piazzetta Antonio Pasqualino, and can be visited from 9am to 1pm and then from 2:30pm to 18:30pm from Monday to Saturday.

3. Museo archeologico regionale Antonio Salinas (Regional archaeological museum)
We already told you about this museum in our post about the top 4 archaeological museums in Sicily: it houses one of the biggest and most interesting collections of Greek and Punic art in Italy, and the biggest in Sicily for sure. You’ll find plenty of beautiful evidence of Sicilian traditions and culture; the Museum is located in Piazza Olivella 24, near Teatro Massimo. 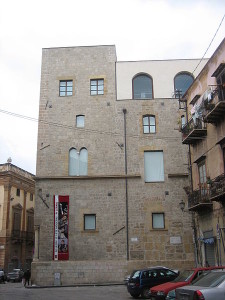 4. GAM – Galleria d’Arte Moderna Sant’Anna (Modern Art Gallery)
This museum is located in the Kalsa district as well, near the beautiful baroque church of Sant’Anna, in the namesake square. The museum complex is set in two stunning building – a former baroque cloister and Palazzo Bonet, with its typical Catalan Gothic architecture. Inside, you’ll find a wide and really valuable collection of great modern Italian and international artists, such as De Chirico, De Maria Bergler, Guttuso and more. The museum can be visited from Tuesday to Sunday, from 9:30 am to 6:30 pm. Tickets 5-7€.

5. Galleria Regionale della Sicilia Palazzo Abatellis (Sicilian Regional Art Gallery)
Palazzo Abatellis is a wonderful example of Gothic-Catalan architecture: it was built during the Fifteenth Century and, after a huge restoration to fix the damages of bombs during World War II, it became the Regional Art Gallery of Sicily. It houses a wide number of great works of art, including artists such as Antonello Gagini and Francesco Laurana; the most famous piece of the collection, anyway, is definitely the “Triumph of death” fresco (unknown author) as well as the Annunciation by Antonello da Messina.
The museum is located in Via Alloro 4 and can be visited from Tuesday to Friday, from 9am to 6pm; Saturday and Sunday from 9am to 1 pm.

Van Biesbroeck’s art works at the GAM of Palermo

Top 5 attractions in Trapani according to Tripadvisor users