You perceive it as soon as you approach its archaeological park, or the historic centre – the little island of Ortigia: Syracuse is a landmark of priceless value. Founded by the Greeks as a colony of the ancient Corinth, this city was once considered to be the most beautiful place in the world. Its greatness was so huge that its only rival was Athens, and it attracted some of the greatest thinkers and philosophers of the ancient times, such as Plato, Archimedes and Aeschylus. Therefore, if you decide to spend your holiday in Sicily in one of our Syracuse villas, be ready for plenty of history, archaeology and culture… in addition to some of the most fascinating natural parks of the whole island.

This post is dedicated to everyone who wishes to visit the enchanting Syracuse: here is our top five, the most interesting and breath-taking sites of the city and its surroundings. Enjoy!

See also: top 5 Museums in Palermo and Top 5 attractions in Trapani according to Tripadvisor

1 – Teatro Greco: the top highlight of the “Neapolis” Archaeological site (the most visited sight in Sicily!) is its Greek theatre. In this outstanding example of classic Greek architecture the most important and invaluable work of Aeschilus, Sophocles and Euripides have been performed in front of up to 16000 people. The theatre was built during the 5th Century b.C. and was later on modified during the 3rd Century b.C. and then, at a later stage, by the Romans.

2 – Museo Archeologico Paolo Orsi: just a few hundred meters outside the Archaeological Park, in Villa Landolina, this museum has been named after the Italian archaeologist who dedicated a big part of its life to studying the origins of the city. The Museum contains the most interesting archaeological collection in the whole island, as well as one of the widest and most important in Europe: for more information, check our post about the archaeological museums in Sicily. 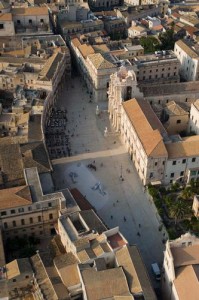 3 – Cathedral: this sumptuous dome was once a temple dedicated to the Greek goddess Athena, turned into a church after the evangelisation of the city. A refined example of Sicilian baroque, the Cathedral is set in the highest area of the little island of Ortigia, the historic centre of Syracuse: an enchanting island with marvelous buildings and monuments. Take your time to discover what’s hidden in that daedalus of narrow little streets, that will often take you to the breath-taking seaside promenade.

4 – Orecchio di Dionisio: inside the Neapolis Archaeological site you’ll find the so-called “latomia del paradiso”, an ancient white stone cave; this is where the “Dyonisius’ ear” is set, a very peculiar ear-shaped cave, 23-meters high and just 5 to 11-meters large. Inside, an extraordinary acoustic phenomenon amplifies any sound: the legend says that Dyonisius had this cave built in order to listen to the conversation of his prisoneers. 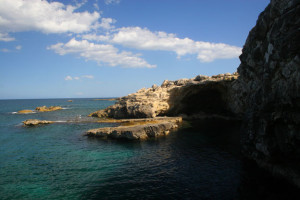 5 – Plemmirio Nature Reserve: for a one-day visit to the natural wonders nearby, we highly recommend this unspoilt protected area located on the Eastern coast of Syracuse. The Reserve covers an area that is considered to be very important both from a naturalistic (rare flora and fauna) and historic point of view, as it was once a commercial crossroads for Carthaginian, Greek and Roman ships. This is why divers really love this area: the seabed hides precious treasures, from typical local fish (tuna, dolphin, whale) to ancient amphoras or other tools.

See also: 5 Nature Reserves in Sicily you definitely should visit during your holiday